On August 11, global expert services firm LECG (XPRT) announced that it had hired a group of 16 experienced professionals formerly with the financial advisory and litigation consulting services practice of Aon Consulting.   The group is largely split between LECG’s New York and Houston offices. They are led by Roger Siefert, who was one of […] 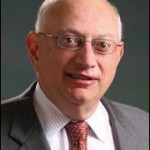 Pepper Hamilton LLP announced that Frank C. Razzano joined its Commercial Litigation Practice Group as a partner in the Washington office.  Razzano is a former Assistant U.S. Attorney and trial attorney with the Securities and Exchange Commission, and joins Pepper Hamilton from Dickstein Shapiro LLP in Washington, where he had been a partner since 1996.  The firm […]

Two UK pension funds, the Lothian Pension Fund and the Northern Ireland Local Governmental Officers Superannuation Committee, have joined with three US pension funds in filing suit in the US against Lehman Brothers (LEH), alleging Lehman’s involvement in the sub-prime crisis cost them millions of pounds. According to the the UK funds’ lawyer, Robert Roseman, “this […]

The losses from the collapse of the subprime market are being felt in Australia, where more than 150 local councils, charities, churches, hospitals and nursing homes are sitting on a reported $2 billion loss after buying subprime investments which are now potentially worthless.  According to Australia’s The Age, twenty-three local councils are currently preparing a […]

On August 13, the SEC announced a proposed plan and agreement among 10 self-regulatory organizations to centralize insider trading surveillance, investigation, and enforcement under NYSE Regulation, Inc. (NYSE Regulation) and the Financial Industry Regulatory Authority, Inc. (FINRA).   Currently, each equity exchange is responsible for surveillance of trading on its market and any investigations and enforcement […]

Sen. Charles Grassley, R-Iowa, the highest-ranking Republican on the Senate Finance Committee, is trying to ensure that banks such as Citigroup Inc. (C) and UBS AG(UBS) don’t benefit from a tax deduction on any penalties they may face for their involvement in selling auction-rate securities.  According to Dow Jones Newswires, Sen. Grassley sent a letter […]