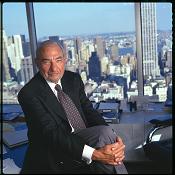 Melvyn Weiss, former founding partner of the Milberg Weiss law firm, must report to prison on Thursday after pleading guilty in June to charges that he paid kickbacks to investors who served as plaintiffs in securities class action lawsuits. He is slated to serve 30-month prison sentence at a minimum-security camp in Morgantown, West Virginia.

Portfolio reports that last October, Weiss cut a deal with his former law firm that will permit him to keep some of the future legal fees from cases he brought to the firm, a deal that Justice Herman Cahn of the New York State Supreme Court has approved. Justice Cahn did rule that Weiss cannot be compensated for matters that were the subject of the federal prosecution.

The article notes that whatever fees Weiss collects under the deal may ultimately go back to the firm, as the firm has the right to sue Weiss for contribution to its $75 million settlement with the Justice Department.

One response to “Mel Weiss’ Deal with Milberg”