by Bruce Carton Two months ago we speculated here that while it was too early to declare a trend based on just two announcements, it sure looked like money was starting to flow to investors from the SEC’s newly created Office of Collections and Distributions.  In the past two weeks, that flow has turned into […]

West Penn Allegheny Health System told investors yesterday that it is cooperating with an SEC probe of the hospital network’s recent $73 million revenue write-down.  Pittsburgh Business Times reports that according to the company, the SEC is conducting an “informal inquiry with regard to West Penn Allegheny Health System and the $73 million balance sheet […]

The Civil Justice Council, a UK advisory body, has issued a report encouraging the government to introduce a class action system similar to the one in the United States. The report entitled “Improving Access to Justice through Collective Actions” makes 11 recommendations to the Lord Chancellor, including the introduction of a system of collective action […]

Australia’s “largest shareholder class action” has been settled for $144.5 million.  Yesterday in the Federal Court, plaintiffs’ law firm Maurice Blackburn and defendant Aristocrat Leisure jointly asked the court to approve the settlement agreement the sides struck in May. According to The Sydney Morning Herald, the $144.5 million settlement is Australia’s largest ever, exceeding the […] 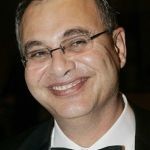 After consulting with law enforcement agencies, Forbes.com has created a list of the top 10 most wanted white-collar fugitives.  The list, published today, includes notable securites fraud defendants Jacob “Kobi” Alexander and Tomo Razmilovic. Alexander, the former CEO of Comverse Technology, a software company in Woodbury, N.Y., has fled to the African country of Namibia.  The U.S. […]