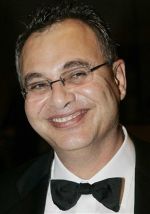 Alexander, the former CEO of Comverse Technology, a software company in Woodbury, N.Y., has fled to the African country of Namibia.  The U.S. has charged Alexander with securities fraud for backdating Comverse’s option grants and reaping “substantial personal gain from his fraudulent conduct” by fixing a lower exercise price for the options.  Alexander was indicted on 35 counts in 2006.

Razmilovic, the former CEO of Symbol Technologies has been living in Sweden since being indicted for securities fraud charges by the U.S. government in 2004.  He is alleged to have defrauded investors by improperly inflating the company’s profits by $200 million.  Forbes.com reports that the U.S. was able to freeze $14.5 million of Razmilovic’s cash in Switzerland, but otherwise have been unable to exert pressure on him to return to the U.S.