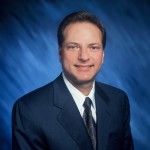 U.S. District Judge Cormac Carney (C.D. Cal.) has rejected a proposed plea agreement for Broadcom Corp. co-founder Henry Samueli which called for a sentence of five years probation and a $12.25 million fine.  The court ruled that the agreement was too lenient, and postponed Samueli’s sentencing. Samueli, who also owns the Anahein Ducks, pleaded guilty in […]

Helen V. Cantwell, an AUSA for the Southern District of New York for the past eight years, has joined Debevoise & Plimpton as counsel in the firm’s Litigation Department in its New York office. While an AUSA, Cantwell served as a member of the office’s Securities and Commodities Fraud Task Force where she prosecuted and investigated a wide range of complex […]

Fannie Mae shareholders filed a securities class action in the SDNY on Monday against the company’s chairman Stephen Ashley, ex-chief executive officer Daniel Mudd and two other former executives.  According to a report on Bloomberg, the lawsuit alleges that the defendants misled investors about the mortgage company’s finances, specifically whether Fannie Mae had adequate capital. The lawsuit […]

Are the Fannie Mae and Freddie Mac Boards Protected from Lawsuits Regarding Bailout?

A key provision of the Housing and Economic Recovery Act of 2008 appears to protect board members at Fannie Mae and Freddie Mac from at least some litigation related to the bailout of the companies by the U.S. government.  The Blog of Legal Times reports that a provision in that act that states that “[t]he […]

On September 5, 2008, a federal jury returned a verdict in the SEC’s favor, finding John P. Miller, the former CEO, President, and Chairman of the Board of Master Graphics, Inc., liable on securities fraud and other charges. According to the SEC, the verdict followed a two-week jury trial before Judge Alan J. Baverman, a […]

Michael D. Wolk and Amy N. Kroll have joined the international securities practice of Bingham McCutchen as partners.  Both lawyers were formerly with Foley & Lardner. Wolk is a former vice president and chief counsel of FINRA’s Market Regulation Department according to the Boston Globe. Kroll is a former assistant general counsel at the SEC. […]

The Rule 10b5-1 Buying Plan Challenge

by Bruce Carton We previously discussed the rare bird that is Randy Repass’ “Rule 10b5-1 Buying Plan” in this article but inquiring minds want to know:  Just how rare is it? In my new “Enforcement Action” blog over at Compliance Week, I pose that question with the hope of getting some feedback from other executives […]

As previously discussed briefly here, on August 27, U.S. District Judge Victor Marrero of the SDNY limited the class of investors who are part of the class action in his court against Alstom SA. As reported by IPE.com, the judge ruled that the proposed class definition should be modified to “delete the inclusion of French […]

The “Companies Bill, 2008,” a potentially significant piece of legislation for Indian companies has reportedly cleared the Union Cabinet and is now headed to the Parliament for consideration. According to various reports, there are great expectations in India for the new bill, which one commentator said may be the most significant piece of corporate legislation […]

At least one state regulator is complaining that the SEC missed a chance to protect investors from the collapse of the $330 billion ARS market, when it failed in 2007 to police how banks sold the bonds to customers.  Massachusetts Secretary of State William Galvin is quoted by Bloomberg as stating “[i]t’s obvious they missed an opportunity.  They could have […]