While Thomas O’Brien, the U.S. Attorney for Central District of California, reportedly is looking into bringing criminal cases related to the U.S. mortgage meltdown on the West Coast, a U.S. Attorneys Office in New York is taking a leadership role in such cases on the East Coast.  But it isn’t the U.S. Attorneys office in Manhattan […]

by Bruce Carton As I wrote today in my “Enforcement Action” blog over at Compliance Week, Google’s “bot” crawled its way to stock market infamy over the weekend, helping to trigger a $1 billion sell off in United Airlines (UAUA) stock along the way.

The Third Circuit Court of Appeals issued an opinion today reversing the district court’s dismissal of the securities class action against Merck & Co.  The district court ruled in April 2007 that plaintiffs were on inquiry notice of the alleged fraud more than two years before they filed suit, and thus their claims were barred […]

Alice Fisher, former Assistant Attorney General in charge of the DOJ’s Criminal Division, has rejoined law firm Latham & Watkins as a partner. The firm announced today that Fisher will rejoin the firm’s Washington, D.C. office as a partner in the Litigation Department and as a Global Co-Chair of the White Collar and Government Investigations […]

Dan Marotto has joined Rust Consulting as a principal consultant and will lead the firm’s newly established San Francisco office.  Rust announced today that Marotto joins it from Gilardi & Co., where he was managing director of the securities and SEC groups. Read the Rust Consulting press release

U.S. District Judge Melinda Harmon of the Southern District of Texas has approved plaintiffs’ counsel’s request for $688 million fee in fees for its work in the Enron shareholder litigation, the largest fee award ever in a securities fraud case.  The litigation settled for a record $7.2 billion. The ABA Journal reports that law firm […] 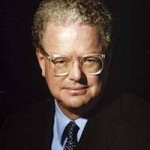 Chargers Tickets May Get Lerach Transfered Out of Minimum-Security Camp

William Lerach, serving his 24-month sentence in a minimum-security camp, may soon get a taste of life in a higher-security prison after allegedly offering a corrections officer the use of his San Diego Chargers season tickets.  He has been placed in administrative segregation, i.e., locked down for 23 hours a day, already and if a formal administrative […]