Mark Schonfeld, the SEC’s Regional Director in its New York office, will leave the Commission next month to join a law firm according to the WSJ, which cited “people familiar with the matter.” As head of the New York office, Mr. Schonfeld led the task force that examined trading abuses at mutual-fund companies and also helped lead the global […]

The SEC’s Michael Dicke has been promoted to the position of Associate Regional Director for Enforcement in the agency’s San Francisco Regional Office. The SEC announced today that Mr. Dicke will lead a staff of attorneys, accountants and other professionals who investigate and litigate federal securities law violations in Northern California, Oregon, Washington, Montana, Idaho, […]

Vancouver-based Southwestern Resources Corp. has agreed to settle the securities class actions filed against it and others in British Columbia, Ontario and Quebec.  The company announced that under the settlement, Southwestern Resources Corp., its former President and CEO John Paterson, his wife Margaret Joan Paterson and their affiliates will pay a total of $15.5 million.  […] 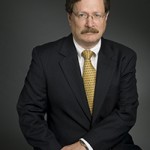 Samuel Rosenthal, former chief of the appellate section of the DOJ’s criminal division, has joined Patton Boggs as a partner in its New York and Washington, D.C. offices.  The firm announced that Rosenthal will be head of the firm’s white collar practice in New York. Stuart Pape, managing partner of Patton Boggs, stated that “[a]dding […]

SEC Pays Up! Fair Funds Doled Out to Investors

by Bruce Carton A little known office established just six months ago within the Securities and Exchange Commission seems to have hit its stride this summer, producing tangible results for investors and possibly signaling the end of six years of frustration for the SEC. Since 2002, the SEC has struggled mightily (and publicly) to develop […] 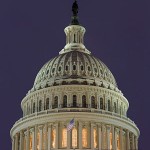 Securities Act of 2008 Inching Closer to Vote in U.S. House

The vote planned for Tuesday in the U.S. House of Representatives on the Securities Act of 2008 has been put off until later this week, according to Dow Jones Newswires.  The Act is intended to bolster the SEC’s enforcement efforts.  Key provisions of the Act include: authorizing the SEC to assess and impose civil penalties in a […]

Distribution of $7.2 Billion Enron Settlement May Come in 2008

Dan Newman of Coughlin Stoia Geller Rudman & Robbins, the law firm leading the Enron securities class action settlement, stated Tuesday that the firm is hopeful that it can make a distribution to Enron shareholders of the $7.2 billion settlement fund before the end of the year.  He added that the order on Monday by U.S. District Judge Melinda Harmon […]