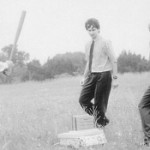 Why Does Fraud Occur? (Movie Edition)

by Bruce Carton What do a recent speech by the SEC’s Lori Richards, Bud Fox from “Wall Street,” Robin Hood, and “Coffee is for closers” have in common? Not too much, but that does not stop me from trying to link them together in this post on my Enforcement Action blog over at Compliance Week.

Michael Dicke, the new Associate Regional Director for Enforcement in the SEC’s San Francisco Regional Office (previously discussed here), says that he expects the SEC will bring an increased number of financial fraud cases against public companies. “There haven’t been as many financial fraud cases in the last couple years, but I think that’s going […]

Gerald Silk, partner at Bernstein Litowitz Berger & Grossmann, tells Global Pensions that the firm has had a number of inquiries by pension systems about potential litigation related to the Fannie Mae and Freddie Mac “debacle.” The article notes that bringing securities class actions involving these companies will be impacted by the unprecedented intervention of […]

Take a Load Off, Fannie

by Bruce Carton Via the UK’s Guardian, we stumbled onto this video which connects the troubles at Fannie Mae to perhaps the most famous “Fannie” song ever (even if I always thought it was “Annie”). As the Guardian observes, the chorus may sound “pretty apt if you’re a US taxpayer.” “Take a load off, Fannie […]

Securities Act of 2008 Bill Passes in U.S. House of Reps

The Securities Act of 2008, a bill intended to strengthen the enforcement arm of the SEC, passed in the House of Representatives yesterday.  There is not yet a companion bill in the Senate.  A detailed summary of the bill is available on Securities Docket here. SEC Chairman Christopher Cox hailed the House’s action, stating in […]

The SEC has reportedly opened a preliminary investigation into whether there were any securities law violations behind the events that led to UAL Corp’s (UAUA) stock’s rollercoaster ride on Monday that briefly knocked a billion dollars off of its market cap.  As discussed in detail here, the stock plummeted after a 2002 story about its […]

Greenberg, Three Others from AIG, Settle Derivative Action for $115 Million

On Thursday, former AIG Chief Maurice “Hank” Greenberg and three other AIG executives settled a derivative action pending in Delaware for $115 million. As reported by the WSJ, the lawsuit involved the relationship AIG had with an insurance firm that Mr. Greenberg heads, C.V. Starr & Co., which underwrote some of AIG’s business and was […]