In his keynote speech at the Legal Week Litigation Forum in London this morning, the former Lord Chancellor, Lord Falconer, predicted that the collapse of Lehman Brothers will soon lead to “litigation on a scale that we have not seen before.”  He predicted that the Lehman bankruptcy and others would reverse the recent decline in […] 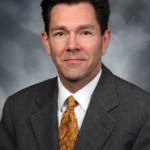 Mark S. Willis has joined the law firm of Spector Roseman & Kodroff and will head up the firm’s new Washington, DC office as well as its securities and international business development group.  The firm announced that it was changing its name to Spector Roseman Kodroff & Willis, P.C. Prior to joining Spector Roseman, Willis […] 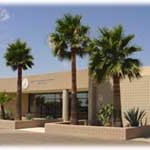 As discussed here, Bill Lerach put his “minimum-security” status in jeopardy recently when he allegedly offered a corrections officer the use of his San Diego Chargers season tickets.  Lerach was reportedly about to be the subject of a formal administrative proceeding on the matter which could have, if it went against him, led to his […]

On Tuesday, a securities class action lawsuit was filed against several current and former top executives of Fannie Mae (FHM), as well as a group of five underwriters.  The lawsuit alleges misrepresentations related to a $2 billion preferred share offering by the company in May 2008 of 8.25% Non-Cumulative Preferred Stock, Series T. Like a […] 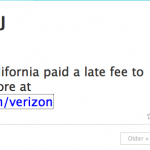 Plaintiffs’ law firms are already using YouTube to find class members so it should not be surprising, I guess, that at least one firm is now using Twitter for that purpose. Kevin O’Keefe of LexBlog has this interesting post in which he reports that: Hagens Berman Sobol Shapiro, a pretty good plaintiffs’ firm here in […]

A warm welcome to Securities Docket’s first sponsor, Citizens Bank.  Citizens is the only bank in the country with a specialized group for class action and regulatory settlements. It offers a full range of financial services to law firms, regulators and claims administrators. Interested in becoming a Securities Docket sponsor? Contact Bruce Carton for details.