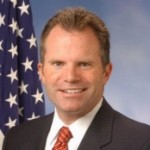 Add Comerica to the lengthy list of banks settling ARS investigations with state Attorneys General.  Michigan Attorney General Mike Cox announced today that Comerica Bank will repay 1,500 investors more than $1 billion by the end of the year to settle an investigation by his office into whether the lender misled investors about the risks […]

Scott Paltrow of Conde Nast’s Portfolio has an in-depth article in the October 2008 issue entitled “S.E.C. No Evil” that profiles SEC Chairman Christopher Cox and his impact on, and relationship with, the SEC’s Division of Enforcement.  This is a must-read article for anyone with an interest in the SEC and its enforcement efforts. Read […]

McCain on SEC’s Cox: “If I Were President Today, I Would Fire Him”

Sen. John McCain stated in a speech in Iowa today that if he was president today, he would fire SEC Chairman Christopher Cox.  According to excerpts from his speech in the WSJ’s Washington Wire, McCain says that “the chairman of the SEC serves at the appointment of the president and has betrayed the public’s trust. […]

The National Association of Pension Funds (NAPF), the leading voice of workplace pensions in the UK, released today its Engagement Survey 2008 of funds with over £1 billion in assets.  The Survey of 53 pension funds results show that growing numbers of UK pension schemes are becoming involved in class actions at some level. The […]

Epiq Systems Inc. announced today that it has been hired to handle the claims administration work in the Chapter 11 filing of Lehman Brothers Holdings Inc. (LEH). With assets of $639 billion, Lehman is easily the largest company ever to seek Chapter 11 protection according to figures reported in the Kansas City Star.  By comparison, […] 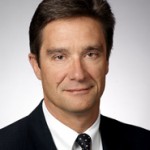 Last month, Michael Rivera and Erik Frias of the Fried Frank law firm argued in a Legal Times article (discussed here) that the steady stream of ARS settlements between banks and state regulators may effectively shut down pending and future private litigation on behalf of auction securities investors by making investors whole.  The authors stated […]