Several securities class actions have been filed against Reserve Management Co.’s Primary Fund, which reportedly became the first money-market mutual fund to ever expose retail clients to losses by “breaking the buck.” Although not guaranteed, money-market mutual funds shares historically remain at $1.00 per share. The Primary Fund’s problems reportedly resulted from its holdings of […]

Tomorrow, Tuesday, Sept. 23, is the SEC’s “CyberSecurities Fraud Symposium,” which is being held at SEC headquarters in Washington, DC.   Securities Docket will be there and will be “live-blogging” all of the highlights and lowlights of the conference, beginning at 9 am.  Come back here tomorrow for running updates from the conference. UPDATE:  VISIT HERE […]

by Bruce Carton Was it man or machine that caused a 13-year old article about Christopher Cox to resurface on Google News as new on September 19, 2008?  See what you think after reading this post on my Enforcement Action blog over at Compliance Week.

Diamond Hill Investment Group Says “No Thanks” to Short-Selling Ban

It is unclear what the upside to the company is in doing this, but via Dealbreaker we see what appears to be the first company to say “no thanks” to the SEC’s “no shorting” protection: NASDAQ issuer Diamond Hill Investment Group, Inc. (DHIL) has voluntarily opted-out of NASDAQ’s list of Covered Securities under the SEC’s […]

Many Financial Firms Added to SEC’s “No Short” List; Exchanges Must Publish Lists of Covered Companies

Bailout Plan Non-Reviewable by “Any Court of Law” or Agency

Section 8 of the draft proposal for the $700 billion bailout is starting to generate considerable interest.  It states: Sec. 8. Review. Decisions by the Secretary pursuant to the authority of this Act are non-reviewable and committed to agency discretion, and may not be reviewed by any court of law or any administrative agency. Point […]

Massive advance trading by two buyers and a delayed announcement of Lloyds’ takeover of HBOS is expected to lead to an an FSA investigation into insider trading in HBOS shares.  Standard Life Investments, one of the biggest institutional shareholders in HBOS, stated yesterday that the news that the bank was being bought by Lloyds “came […] 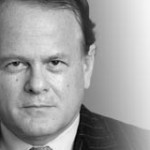 The UK’s Lothian Pension Fund and the Northern Ireland Local Government Officer Superannuation Committee are getting a quick lesson in the complexities of U.S. securities class actions in today’s changing financial world.  IPE reports that lawyers for the two UK pension funds, which are co-lead plaintiffs in the case against now-bankrupt Lehman Bros. concerning mortgage-backed […]

First France, Germany, Ireland, Switzerland, Canada, and the UK followed the US in banning all short-selling of financial stocks.  Now other countries are following, including Australia, which took the ban even further over the weekend by announcing that it was banning short selling in all stocks — both financial and non-financial (other than existing hedge positions, […]