Sen. John McCain told 60 Minutes last night that if elected president, he would seek to name New York AG Andrew Cuomo as Chairman of the SEC.  On the program, McCain acknowledged that he had been incorrect when he said that he would “fire” SEC Chairman Christopher Cox if were elected president, according to Politico.com: […] 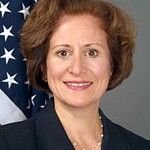 Annette Nazareth, former commissioner at the U.S. Securities and Exchange Commission, is joining law firm Davis Polk & Wardwell.  Nazareth will join the firm as a partner in its financial regulation practice, and will focus first on helping banks and brokerage firms in the current financial turmoil, the WSJ reported this morning. Nazareth served as […]