Add one more investigation to the growing list already facing Fannie Mae, Freddie Mac, Lehman Brothers Holdings Inc. and AIG.  Bloomberg reports that the FBI is now investigating these companies as part of a probe of 26 companies related to the collapse of the subprime-mortgage market. The FBI is looking into possible accounting misstatements, Bloomberg […]

Australia’s largest litigation funder, IMF, is funding a class action against ABC Learning Centres Ltd in the Federal Court next month, the Australian reports.  IMF’s overview of the claim, which was sent to potential litigants yesterday, states that the case against ABC is for “non-disclosure and misleading or deceptive conduct in relation to ABC’s 2006, […]

Building on six other Fair Funds settlement distributions it has announced since June 2008, the SEC stated today that a Fair Fund distribution of approximately $49 million went out today to investors who were affected by improper market timing in mutual funds managed by Franklin Advisers, Inc. of the Franklin-Templeton Investments complex. The remainder of […] 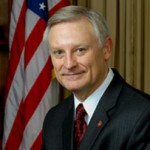 Spencer Bachus of Alabama, the top Republican on the House Financial Services Committee, is under criticism for his active trading of stock options in 2007, including a single transaction on Dec. 10 in which he made approximately $15,000.  He’d held that particular investment for just two weeks, and sold it on the same day that […]

Securities Docket is “live-blogging” today’s SEC CyberSecurities Fraud Symposium.  Stay tuned here all day for the latest updates. 12:35 pm When the conference resumes at 1:00 pm, I am going to move this live-blog over to Twitter as an experiment.  Why?  Because (a) it will give many of you a reason to check out Twitter […]

New York Supreme Court Justice Herman Cahn has ruled that two plaintiffs’ firms that settled a stock option backdating suit against several current and former board members of Glenayre Technologies Inc. may not recover $775,000 in attorney fees.  The Shapiro Firm and Schiffrin Barroway Topaz & Kessler represented the plaintiffs in the case. Although the […] 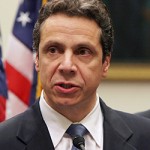 New York’s Governor and others tried to let John McCain know yesterday that he should move on from his surprising mention of Andrew Cuomo as his choice for SEC Chairman should McCain be elected president. “McCain may want Andrew, but I can tell you Andrew wants Obama,” Gov. David A. Paterson said, according to the […]