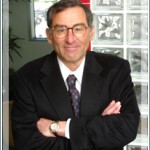 Susman Godfrey announced on Friday that it has been appointed co-lead counsel in the securities class action against IndyMac Bancorp.   The firm announced that on September 12, 2008, Judge George Wu of the US District Court for the Central District of California appointed Susman Godfrey as co-lead counsel in the case, which has been consolidated […]