Halliburton (HAL) announced today that on September 29, 2008, the U.S. District Court for the Northern District of Texas denied the plaintiff’s motion for class certification in the securities class action filed against it.  Halliburton stated that as a result, the claims brought by lead plaintiff Archdiocese of Milwaukee Supporting Fund must now be pursued […]

Digital River Inc. stated Tuesday in a Form 8-K filed with the SEC that the SEC’s investigation related to the company’s past stock-option practices has been terminated and no enforcement action has been recommended.  Digital River previously disclosed in December 2006 that the SEC had asked for documents about Digital River’s option-granting practices during the […] 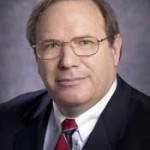 The 21-member panel sitting on the U.S. Treasury’s Advisory Committee of the Auditing Profession met last week to discuss and review the issue of limited liability for auditors.  The Committee meeting followed an earlier meeting in Washington, DC this summer in which it was advised that the six largest auditing firms had 27 separate outstanding […] 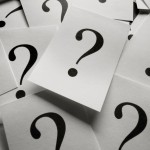 The SEC is Twittering

No clue what the title of this post is about?  I explain here on my Enforcement Action blog over at Compliance Week.

If you would like receive a single daily email alert from Securities Docket providing you with updates on every new post from the previous day, please click here to sign up or simply visit the “Subscribe by email” link that is in the upper right-hand corner of each page on Securities Docket.

Add K&L Gates and Mayer Brown to our quickly-growing list of law firms forming practice groups to assist clients in connection with the current financial crisis and expected bailout.  K&L Gates announced yesterday that “in response to the recent upheaval triggered by the credit crisis and the legislative response, K&L Gates LLP has organized a […]

On September 26, 2008, Judge William Pauley of the U.S. District Court for the Southern District of New York dismissed the securities class action against American Express Corp.  The complaint, filed in 2002, alleged that the defendants failed to disclose that American Express was investing in a risky portfolio of high-yield or “junk” bonds that […]

“Crimes of Upholstery — The Cover-Up Will Kill You”

Great line in Andrew Ross Sorkin’s Dealbook post yesterday (“What Goes Before a Fall? On Wall Street, Reassurance”): More likely than not, when we start seeing pictures of C.E.O. perp walks, the crime won’t be theft or some other kind of financial chicanery, it will be some kind of fraud — probably lying to the […]