King & Spalding announced today that Timothy T. Scott and Geoffrey M. Ezga have joined the firm’s Silicon Valley office as partners. Both Scott and Ezga join K&S from Sidley Austin. Scott has practiced law in Silicon Valley for nearly two-thirds of his 23-year legal career, and was formerly the chair of Sidley’s litigation practice […] 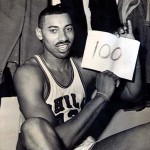 100 and Counting: Join the Securities Litigation and Enforcement Group on LinkedIn.com

In less than one month our new “Securities Litigation and Enforcement Group” on LinkedIn.com has grown to 100 members.  Please click here to join!

Haynes and Boone is the latest law firm to react to the financial crisis with a new practice group — yesterday it announced the formation of its Financial Crisis Advisory and Litigation Services Practice Group. David Harper of Haynes and Boone stated that the group will “work as a coordinated unit, drawing on lawyers primarily […]