Three directors of New Zealand’s National Finance 2000, which collapsed in May 2006,  will face criminal charges carrying potential penalties of up to five years in prison.  The New Zealand Herald reports that the directors — Trevor Allan Ludlow, Anthony David Banbrook and Carol Anne Braithwaite — would face charges in the Auckland District Court […] 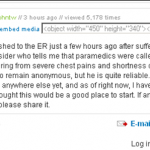 The SEC is investigating the origin of a false report on a CNN “citizen journalist” website called iReport that claimed that Apple CEO Steve Jobs had a heart attack and was hospitalized, Bloomberg reports.  The SEC is looking into whether the iReport.com post was intended to manipulate the price of Apple stock, which fell more […]

Auditors to the Fallen

There has been plenty written about the impact on law firms from the current financial crisis but what about the auditing firms?  As Matt Kelly, editor of Compliance Week, pointed out yesterday, all of the “Big 4” have taken hits lately as each “has (or had) at least several clients in the financial sector that […]

The SEC announced today that James A. Clarkson has been appointed Acting Regional Director of the SEC’s New York Regional Office. In that role, Mr. Clarkson is responsible for the investigation and prosecution of enforcement actions and the performance of compliance inspections in the region. The SEC stated that Mr. Clarkson currently serves as the […] 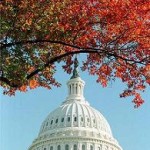 “The SEC’s September Surge” Try saying that five times fast. Then read this post on my Enforcement Action blog over at Compliance Week to learn why the number of cases filed by the SEC always seems to explode each September.

Jeffrey Weil has joined the law firm of Cozen O’Connor, where he has been named chairman of its commercial litigation department. Weil joins Cozen O’Connor from Dechert, where he spent the last 32 years.  Weil’s practice includes a mix of class action, securities, antitrust, professional and product liability and insurance coverage. Weil’s experience includes representation […]

Judge Susan Illston of the United States District Court for the Northern District of California sentenced Prabhat Goyal, McAfee’s former CFO, to a year and a day in prison for his role in a revenue recognition scheme at the company.  Goyal was convicted last year on 15 securities-related counts, according to The Recorder. Prosecutors had […]

On September 30, 2008, Judge Loretta Preska of the United States District Court for the Southern District of New York dismissed the consolidated securities class action lawsuit against Globalstar, Inc. (GSAT), and certain of its officers related to its initial public offering.  The case was dismissed with prejudice by the court. The court rejected lead […]

On September 26, 2008, Judge Nancy Gertner of the U.S. District Court for the District of Massachusetts granted lead plaintiff Bricklayers and Trowel Trades International Pension Fund’s Motion for Class Certification in In re Credit Suisse-AOL Securities Litigation. In granting the motion, Judge Gertner stated that The Court’s sole concern at class certification is whether […]