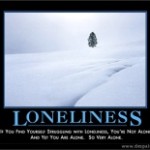 The SEC’s Office of Risk Assessment: An Army of One

“When that [one] person would go home at night he could turn the lights out.” — Lynn Turner Wait — did I just hear Lynn Turner, former chief accountant of the SEC, testify before Congress that as of February 2008 the SEC’s Office of Risk Assessment had been reduced to … one person?  Read this post […] Video: “Where Was the SEC?”

You know it has been a brutal period for the SEC when there have been not one but two major network video news reports in the last two weeks entitled, “Where Was the  SEC” — on different topics! The latest one from ABC News, on the Aguirre/Pequot Capital story, is below.  The prior one from […]

Jonathan Glater glows in the New York Times (here) about the complex legal wranglings that are now briefly on hold in the Citigroup, Wells Fargo and Wachovia “legal hate triangle.” He says the action has been “screenplay-worthy” and that “The tense and intense maneuvering makes clear why New York’s top legal talent gets paid so […]

The SEC’s Inspector General has concluded in a 191-page report that there is evidence “rais[ing] serious questions about the impartiality and fairness” of the SEC’s investigation of possible insider trading at Pequot Capital Management, according to the NY Times.  The report finds that the SEC should consider disciplining the director of enforcement, Linda Thomsen; the […]