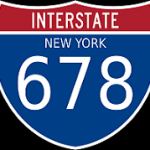 Huge losses in the final 30 minutes of trading pushed the Dow Jones Industrial Average down 678 points today to 8,579, under the 9,000 level for the first time since August 2003.  MarketWatch reports that today was the third-biggest single-session point decline ever, leaving the DJIA 40% below its peak a year ago. Read the […] Securities Docket was finally was able to track down a copy of the SEC Inspector General’s “Investigation of Claims by Gary Aguirre of Improper Preferential Treatment and Retaliatory Termination” (previously discussed here). The 191-page report is available online at the U.S. Senate Finance Committee’s website (visit the link below to read the report). At the […] 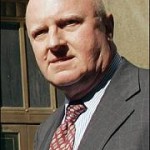 A federal judge in New Hampshire has granted Tyco’s motion to freeze former CEO Dennis Kozlowski’s assets before they can be transferred to his ex-wife as part of a divorce settlement, according to the NJ Star-Ledger. The Star-Ledger reports that it is Tyco’s position that Kozlowski “ginned up the settlement in a bid to shield […]

The National Law Journal released its seventh annual “Plaintiffs’ Hot List” earlier this week. NLJ creates the list by asking readers to nominate “exemplary firms that devote at least half of their resources to plaintiffs’ work, and which have achieved at least one significant win during that period.” NLJ then chooses from the nominated firms. […]