In the interest of levity/sanity after a brutal week, today we introduce a new game, “Guess That Headline,” in which we will attempt to guess what headlines written in languages we cannot speak might be saying.  Let’s go! “As you can see, our markets went down at the end.  We tried to call President Bush […]

“Where Was the SEC?” That’s the Wrong Question

The networks keep cranking out videos asking “Where Was the SEC?” In this post on my Enforcement Action blog over at Compliance Week, I say that’s the wrong question.

Justice Ray Finkelstein in the Federal Court in Melbourne yesterday called on investors in Centro who are part of the $1 billion class action against the company to take a more active role in running the case. The judge urged shareholders in the class to help guide the course of the litigation by joining a […]

Japan’s Securities and Exchange Surveillance Commission has questioned a former executive of power producer Eneserve Corp. and searched his home in connection with suspected insider trading, according to the Japan Times.  The regulator is reportedly planning to file a complaint against the former director for possible insider trading in Eneserve securities that resulted in a […]

“When you’re a securities litigator, whether you’re on the defense side or the plaintiffs side, bad markets are good for business. That’s just a fact of the matter,” said attorney Brett Sherman, who represents nearly a dozen former Bear Stearns employees who plan to sue the company over losses to their now-deflated stock options. The […] 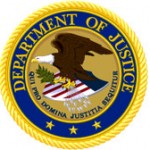 Following his office’s recent work on the American Italian Pasta case (discussed here), which resulted in a $7.5 million fine against the company and charges against the CEO and CFO, US Attorney John Wood of the Western District of Missouri has formed a new securities fraud position within his office.  Wood stated Thursday that the […]