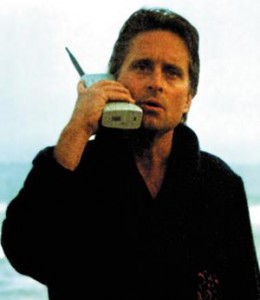 Forget the financial crisis, on to bigger news: 20th Century Fox is reportedly moving forward with a sequel to the classic movie “Wall Street”.

Allan Loeb, author of “21” has been selected to write the screenplay, which is now being titled “Money Never Sleeps.”  The Hollywood Reporter reports that the film will feature the character of corporate raider Gordon Gekko.  Michael Douglas, who won an Oscar for the role, is said to be “interested in reprising the character but will make his decision of whether to return based on the script.”

The script will center on Gekko’s re-emergence from prison into a much more tumultuous financial world than the one he once lorded over, according to Variety.  The Bud Fox character, played by Charlie Sheen in the original, will not appear in the sequel.