Arthur Levitt, chairman of the SEC from 1993 to 2001, harshly criticized the SEC for what he considers to be its failures in recent years — failures which he believes contributed to the current financial crisis.  In his testimony before the Senate Banking Committee today, Levitt stated that “As the markets grew larger and more […]

By the power vested in me as editor of Securities Docket, I hereby declare the SEC’s $272,037 Fair Fund distribution announced today in its case involving Strategic Investments to be too small to merit its own post on this publication.   I further order that any information concerning this distribution shall be provided on Securities […]

Today the New York State Court of Appeals upheld the criminal convictions of former Tyco International CEO Dennis Kozlowski and the company’s former CFO, Mark Swartz. In a written opinion, the Court stated that In this appeal relating to the convictions of two former executives for crimes associated with corporate wrongdoing, we are asked to […]

In Nairobi, former Kenya Commercial Bank managing director Terry Davidson is being charged with insider trading in Uchumi Supermarket shares.  His hearing starts on Thursday, according to Business Daily Africa. BDA reports that Mr. Davidson is facing four counts of insider trading in the supermarket retail chain, and is accused of instructing Suntra Investment Bank […] 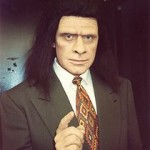 Confused by credit default swaps and other components of the current financial crisis?  Jim Manzi of the National Review takes it down to the prehistoric level, using the activities of caveman Og and his cousin Ug to clear things up. Read “So Simple a Caveman Could Do It” in the National Review Online

Last month, U.S. District Judge Cormac Carney (C.D. Cal.) rejected a proposed plea agreement for Broadcom Corp. co-founder Henry Samueli that called for a sentence of five years probation and a $12.25 million fine (previously discussed here).  The court ruled that the agreement was too lenient, saying it would “erode the public’s trust in the […]

FBI, US Attorney’s Office and Other Feds Investigating WaMu Collapse

The FBI and the U.S. Attorney’s Office for the Western District of Washington are investigating the facts leading up to the failure of Seattle-based Washington Mutual to determine if any federal laws were violated, the Puget Sound Business Journal reports. The U.S. Attorney’s Office has reportedly assembled a task force that includes the FBI, the […]