The October 21, 2008 letter from Sen. Charles E. Grassley, the ranking member on the Senate Finance Committee, to SEC Chairman Christopher Cox is now available on the Senate Finance Committee website (here).  In the letter, as previously discussed here, Sen. Grassley states that he has received an anonymous but specific letter alleging that Linda […] 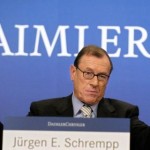 Litigation from Daimler-Benz/Chrysler Combination Lives On in Stuttgart

Apparently the litigation following the 1998 — yes, 1998 — combination of Daimler-Benz AG with Chrysler Corp. will never end.  The AP reports that in Stuttgart, Germany, former DaimlerChrysler AG CEO Juergen Schrempp was back on the witness stand rejecting allegations that the deal he oversaw to create DaimlerChrysler in 1998 undervalued his company’s shares. […]

The once-“emerging trend” of law firm Financial Crisis Practice Groups is now fully-developed to the point that it is hardly even news anymore when a law firm adds such a practice or group. Securities Docket will continue to track developments in this area but rather than announcing each new financial crisis group as it is […] 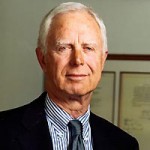 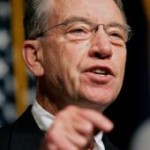 Senate investigators are looking into whether senior officials at the SEC provided confidential information to former colleagues representing Wall Street banks. According to the Washington Post, the inquiry began after the SEC’s Inspector General received an anonymous tip earlier this month. It alleged that Linda Chatman Thomsen, the agency’s director of enforcement, gave information about […]