“So You’re Telling Me There’s a Chance” 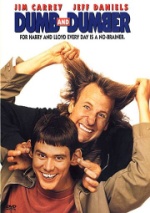 Lloyd: What are the chances of a guy like you and a girl like me… ending up together?
Mary: Well, that’s pretty difficult to say.
Lloyd: Hit me with it! I’ve come a long way to see you, Mary. The least you can do is level with me. What are my chances?
Mary: Not good.
Lloyd: You mean, not good like one out of a hundred?
Mary: I’d say more like one out of a million.
[pause]
Lloyd: So you’re telling me there’s a chance.

Is it just me or does the headline in this this National Law Journal article about the recent Second Circuit opinion in the National Australia Bank case — “2nd Circuit Declines to Bar ‘Foreign-Cubed’ Securities Lawsuits” — reminds anyone else of the above scene in Dumb and Dumber?

As discussed here, this was a case where the lower court dismissed the complaint in a “foreign-cubed” case for lack of subject matter.  On appeal, the Second Circuit affirmed that dismissal, stating that while it would not impose a bright-line ban on “foreign-cubed” cases, the lower court was correct in concluding that National Australia Bank’s conduct did not permit it to exercise subject matter jurisdiction.

As National Australia Bank’s counsel, George T. Conway of Wachtell, Lipton, Rosen & Katz, stated in the article, the NAB decision is an important victory for foreign companies, as it will impact and make it very difficult for the plaintiffs to sustain a case in many instances.

So why is the headline that, in Lloyd’s words, “there’s a chance”?