Former Milberg Weiss Bershad & Schulman name partner Steven Schulman was sentenced on Monday to six months in federal prison for his role in a scheme to pay clients to serve as plaintiffs in securities class action lawsuits, Reuters reports.  Schulman’s sentencing came on the same day as that of his fellow former name partner, […]

David Bershad, a former name partner of Milberg Weiss Bershad & Schulman (now known as Milberg), was sentenced today to six months in prison for his role in a kickback scheme that induced clients to file securities suits, the WSJ reports.  The firm itself paid a fine of $75 million, former partners Melvyn Weiss and […]

Last week I hosted a webcast for Compliance Week in which Douglas N. Jacobson of the law firm Strasburger & Price delivered a presentation entitled “Minimizing Risks of Violating the U.S. Foreign Corrupt Practices Act.”  Mr. Jacobson presented some very current information and had excellent materials, including a slide with the chart below that shows […] 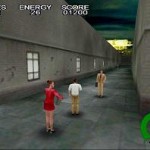 From the Bad Ideas file: “Class Action Killers is a 3D 3rd-person shooter game. Attorney Max Fees has dispatched his lethal lawyers to destroy the city. You must stop his lawyers and put an end to Max Fees. Be especially careful of the female lawyers as they love to attack from behind. Use your arrow […]

Three weeks after running its first video on credit default swaps, 60 Minutes has returned to the subject with another in-depth analysis of CDS. Frank Partnoy, a law professor at the University of San Diego, explains the concept of a derivative to 60 Minutes, as basically a “side bet”: Think of it for a moment […]