Matthew Larrabee, the former chairman of now-dissolved Heller Ehrman, is joining Dechert in its San Francisco office, the firm announced today in a press release. Larrabee will join Dechert’s litigation group, and will practice in the areas of white collar criminal defense and and securities litigation.

The total amount of fines administered by the UK’s Financial Services Authority (FSA) since its creation in 2001 is about to hit the £100 million milestone,  OpRisk & Compliance reports.  So far in 2008, FSA has imposed £20.5 million in fines, £8.1 million of which were jointly levied against Santander-owned UK bank Alliance & Leicester […] 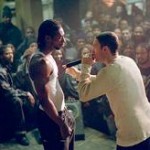 Stop reading now if you did not like (or bother to see) Eminem’s movie “8 Mile.” Hey … where did everybody go? OK, for the three of you who are still reading, Joe Weisenthal of Clusterstock has some original advice for the heads of Fannie Mae and Freddie Mac who must testify next month on […]

RiskMetrics Group’s Securities Class Action Services released yesterday its most recent SCAS Top 100 list of the largest securities class action settlements since the passage of the PSLRA.  Only final settlements (approved by the court) are included. Only one 2008 settlement has made its way into the report’s Top 20:  the $1,042,500,000 McKesson HBOC Inc. […]

»Lynn Turner, October 7, 2008 Congressional testimony: “At the SEC, the Office of Risk [Assessment] had been reduced to an office of one by February of this year.” »SEC Chairman Christopher Cox, October 23, 2008 Congressional testimony: “The Office of Risk Assessment when I came to the SEC had seven people. It has seven people […]

A settlement of the long-running IPO Securities Litigation may be close, Bloomberg reports. The settlement is reportedly in the “final stages of negotiations” and is likely to be for less than $700 million, “less than a quarter of what a plaintiffs’ attorney said the banks proposed at one point, and a fraction of the $12.5 […]