Three weeks after running its first video on credit default swaps, 60 Minutes has returned to the subject with another in-depth analysis of CDS. Frank Partnoy, a law professor at the University of San Diego, explains the concept of a derivative to 60 Minutes, as basically a “side bet”: Think of it for a moment […] 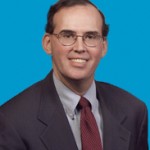 Apple Inc. shareholders looking for an SEC enforcement action against the person who spread a false story that Apple CEO Steve Jobs had suffered a heart attack— which briefly knocked nearly $5 billion off of the company’s market cap when the stock promptly dove 5%— may have to settle for something else: perhaps a stern talking-to […] 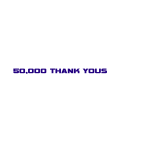 On Friday, Securities Docket rang up its 50,000th page view since our launch on September 2, 2008.  Thank you to all of you for reading.  Next stop: one million! 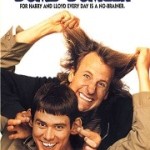 “So You’re Telling Me There’s a Chance”

Lloyd: What are the chances of a guy like you and a girl like me… ending up together? Mary: Well, that’s pretty difficult to say. Lloyd: Hit me with it! I’ve come a long way to see you, Mary. The least you can do is level with me. What are my chances? Mary: Not good. […]

We don’t ask for much.  Really.  We’ve been trying to follow the recent SEC Inspector General reports slamming the Enforcement Division that seem to pop up weekly now, and we thought we knew where to look for a copy: the SEC Office of Inspector General’s website (here).  But despite being discussed on the front pages […]

In Oslo, Norway on Thursday, police charged Norway’s biggest bank, DnB NOR, and two of its employees with insider trading for bond deals carried out before the government unveiled a banking-sector rescue package, Reuters reports.  The charges by the police’s economic crimes unit, Okokrim, were made following an investigation into DnB NOR’s sale of 2.3 […]

The Corporate Crime Reporter had a great article yesterday that profiles H. David Kotz, Inspector General (IG) at the SEC since December 2007.  In his short time as IG, Kotz has issued two reports that are harshly critical of the SEC’s Enforcement Division and its director, Linda Thomsen – the Pequot/Aguirre report (discussed in detail […]

The U.S. Court of Appeals for the Second Circuit held yesterday in the National Australia Bank case that it did not have subject matter jurisdiction over a so-called “foreign-cubed” case, where “a set of (1) foreign plaintiffs is suing (2) a foreign issuer in an American court for violations of American securities laws based on […]

SEC, With the “PIPE,” in the Study

Yes, the title of this post is a weak “Clue” reference, sorry. Earlier this week the SEC brought the latest in a growing string of “PIPE” (“private investment in public equity”) insider trading cases. I discuss these cases, including the recent case filed against Brian Ladin of the Bonanza Master Fund Ltd. hedge fund, in […]

SEC Chairman Cox: “If the SEC Did Not Exist, Congress Would Have to Create It”

This morning, SEC Chairman Christopher Cox provided lengthy testimony concerning the role of federal regulators to the House Committee on Oversight and Government Reform. He delivered an impassioned statement about the need for the SEC to remain a strong, independent regulator and enforcer of the securities laws in the future, stating that “If the SEC […]