Early Line on the Next SEC Chairman? 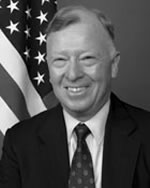 According to the Legal Times, the current economic crisis is leading to calls for a high-profile name to lead the SEC during the Obama administration. The name at the top of nearly everyone’s list?  Columbia Law School professor Harvey Goldschmid, Legal Times reports, although he apparently did not help his cause by “only” donating $2,300 to Obama.  Goldschmid was an SEC commissioner from 2002 until 2005.