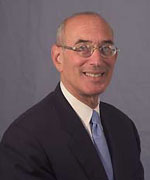 His new law firm, Hausfeld LLP, will “will handle competition and other complex litigation in the United States, and throughout the world,” Hausfeld wrote in the email.

Today, Hausfeld, whose bio can still be found on the CMH&T website (here), issued a press release stating that the his new firm will “provide domestic and international legal services in the areas of competition law, human rights, product liability civil rights, environmental law, and securities.”  The release further stated that the new firm will include between 25 and 30 lawyers and that some would be from his former firm.

Read the Am Law Daily article