BankAtlantic Bancorp Inc. disclosed in its Form 10-Q filed November 10, 2008, that in October 2008, it received a subpoena and notice of investigation from the SEC’s Miami Regional Office. The subpoena requests “a broad range of documents relating to, among other matters, recent and pending litigation to which the Company is or was a party, […] 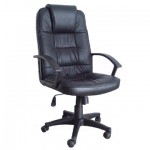 “Lawyer Hausfeld Learned of Firing as Chairman From Note on Seat”

Today’s headline of the day (and probably of the month and possibly of the year) comes from the Financial Post: “Lawyer Hausfeld Learned of Firing as Chairman From Note on Seat” Yes, the Cohen Milstein — Michael Hausfeld breakup story continues to get odder with the latest news that Hausfeld learned that he had been […]

Elizabeth Vranicar Tanis has joined King & Spalding as a partner in its Atlanta office.  The firm announced today that Ms. Tanis, whose practice focuses on accountant liability, securities and class action matters, will join King & Spalding’s business litigation practice group. Prior to joining the firm, Ms. Tanis was a partner at Sutherland Asbill […]

On November 3, 2008, the SEC dismissed with prejudice all of its claims against John Tuli, a former executive of America Online, Inc.  The dismissal brings an end to more than three years of litigation between Tuli and the SEC, and seven years of investigations by the United States Department of Justice and the SEC. […]

SEC’s Internet Police Turns 10 Years Old: The Birth and Evolution of the Office of Internet Enforcement

By Bruce Carton I was a lawyer in the Securities and Exchange Commission’s Division of Enforcement from 1995 to 1997, a time perhaps most notable for being the infancy of the public’s use of the Internet. When I first arrived at the SEC, our online resources consisted of a single station that we called a […]

Aguirre: ALJ “Not Acting as a Judge,” Disciplinary Rulings Outside Her Jurisdiction

The New York Times had an interesting angle on the decision of the ALJ on Friday to reject disciplinary recommendations of the SEC’s Inspector General (previously discussed here): Is it appropriate for an ALJ employed by the SEC to make the disciplinary decision in cases such as Bear Stearns and Pequot/Aguirre? Mr. Aguirre told the […]