The SEC filed a settled enforcement action today against Blue Coat Systems, Inc. and its former CFO, Robert P. Verheecke, alleging that they backdated stock option grants to executives and employees and reported false financial information to shareholders.  The case is also notable for being the final options backdating case that the SEC’s San Francisco […]

Atlanta-based TurboChef Technologies, Inc. (OVEN) announced today that the SEC staff has advised it that the staff has completed its previously announced investigation of TurboChef’s stock option grants and practices and does not intend to recommend any enforcement action by the Commission. Read the TurboChef announcement

On Monday, Judge Miriam Goldman Cedarbaum of the SDNY ordered that the criminal insider trading trial of former Ernst & Young partner James Gansman will begin on April 13, 2009.  Reuters reports that prosecutors allege that Gansman, who worked at E&Y in New York until October 2007, tipped off a friend about pending deals involving […] 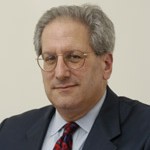 Li Yu, a former employee of Nomura Securities Co., and his friend Su Chunguang, both Chinese nationals,  pleaded guilty at the Tokyo District Court on Tuesday to charges of insider stock trading.  The Japan Times reports that Li and Su were charged with violating the Financial Instruments and Exchange Law, which prohibits trading in stocks […]