Here is the weekly summary for Securities Docket’s Web Watch (”This Week’s Best Blog Posts and Columns”): DAVID WIGHTON, TIMES ONLINE (Nov. 14, 2008): Richard Ralph: The FSA Loses its First Ambassador Arguing that the UK’s FSA had a rare opportunity to show that it is serious about cracking down on insider dealing but they […]

Thank you to Securities Docket sponsors Citizens Bank and Administar Services Group LLC. Citizens Bank is the only bank in the country with a specialized group for class action and regulatory settlements, serving law firms, regulators and claims administrators. Administar Services Group LLC, a Computershare company, partners with counsel to assist them in navigating the […]

Australia: Judge in Centro Class Action Steps Down Due to Own Losses in Centro Stock

The high-profile, billion dollar securities class action against Centro Properties Group has been thrown into chaos because the presiding judge, Justice Ray Finkelstein, has stepped down from the case due to his own losses of more than $19,000 from shares he owned in Centro.  Justice Finkelstein agreed to recuse himself from the case yesterday after […]

Publicly traded plaintiffs’ law firm Slater & Gordon, a leader in Australia in the plaintiffs’ securities class action area, expects strong growth in fiscal 2009 as it beefs up resources to meet demand for its services amid fallout from the economic crisis. The West Australian reports that the Melbourne-based law firm’s Managing Director, Andrew Grech, […] 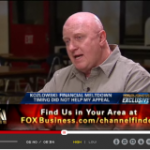 Liz Claman of Fox Business News borrows Dennis Kozlowski from his cell at the Midstate Correctional Facility for a four-part video series that looks at Kozlowski’s take on the denial of the appeal of his conviction, the current economic crisis, how his conduct compares to that of others, and so on.  Part I is below, […]