Fox Business Video: Cuban’s Attorneys States He Was Not an Insider, “No Meat to Lawsuit”

Fox Business has an interesting interview with Christopher Clark, an attorney for Mark Cuban, the video of which is available below.  Among other things, Mr. Clark states that: Cuban did not commit insider trading because he was “not an insider;” there is “no meat” to the SEC’s lawsuit against Cuban; the substance of a key […]

Guest Column: Can Shareholders Waive the Fraud-on-the-Market Presumption of Reliance?

Guest column by Adam Pritchard, the Frances and George Skestos Professor of Law at the University of Michigan Law School. On Thursday, November 20, Prof. Pritchard will be speaking on the topic of “Reforming Securities Class Actions” at the University of Chicago. I recently wrote about the power of shareholders to waive the FOTM presumption […]

Well, that didn’t take long.  In the four hours since the SEC filed its lawsuit against Mark Cuban for insider trading, we have seen Mr. Cuban and his counsel issue a statement claiming that: The SEC’s case “has no merit and is a product of gross abuse of prosecutorial discretion.” Mr. Cuban intends to demonstrate […]

Cuban Responds to SEC Case Via His “Blog Maverick” blog

In a post this afternoon on his “blog maverick” blog, Mark Cuban attached a statement from his attorney, Ralph Ferrara, and stated that he “wished I could say more, but I will have to leave it to this, and let the judicial process do its job.”  Ferrara’s statement is below: November 17, 2008 RE: SEC […]

Mark Cuban has hired Fish & Richardson’s Paul Coggins and Dewey & LeBoeuf’s Ralph Ferrara to represent him in the SEC’s insider trading case filed against him  earlier today (discussed here), the Am Law Daily reports. Am Law Daily reports that Coggins is a former Dallas U.S. Attorney and Ferrara was formerly the general counsel […]

A “Stunning” Decision to Reject Discipline Against SEC Officials

Some at the SEC are stunned by the decision last week of the Initiating Official to reject the SEC Inspector General’s recommendations of discipline against certain Enforcement officials, and particularly by the process that she used. I explain in this post (click here) on my Enforcement Action blog over at Compliance Week. 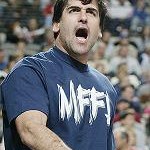 The SEC today charged Mark Cuban, Dallas entrepreneur and owner of the Dallas Mavericks, with insider trading for selling 600,000 shares of the stock of the Internet search engine company Mamma.com on the basis of material, non-public information concerning an impending stock offering.  In what appears to be another “PIPE”-type case (previously discussed here), the […] 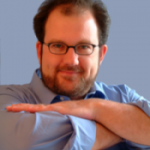 Investor relations technology consultant Dominic Jones makes the startling assertion today that contrary to popular belief, the leading PR wire services used for corporate disclosure do not deliver information simultaneously to all investors, and that “some investors, mostly professionals with access to expensive subscription services, are trading in extended hours on information they receive from […]