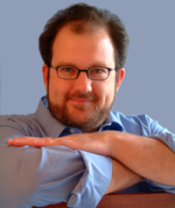 Investor relations technology consultant Dominic Jones makes the startling assertion today that contrary to popular belief, the leading PR wire services used for corporate disclosure do not deliver information simultaneously to all investors, and that “some investors, mostly professionals with access to expensive subscription services, are trading in extended hours on information they receive from companies up to several minutes ahead of most other investors who rely on public sources of information, such as company websites or popular investment websites like Yahoo! Finance.”

Jones says that despite considerable talk from PR wire services about the “simultaneous” nature of their services, that is not true.  For instance, anyone who does not have a proprietary Business Wire viewer (not available to the public) on their computer system will often not receive information immediately upon its release.

Jones says that he has personally observed delays of as much as 3 minutes between when news was released in Business Wire’s feed and when it appeared on a public website. He says that all of the PR wire services have these delays when posting material releases to public websites, and the “typical delay is between 1 and 4 minutes depending on the time of day, length of the release, the website used and other factors. In one recent case, a release took 7 minutes to appear on an online brokerage firm’s client website.”

One recent, high-profile example offered by Jones of what he describes as an “unfair advantage” was Google Inc.’s Q3 earnings announcement which was issued by the company at at 4:01pm ET on October 16. Jones writes that

In a transcript of a live blog by the popular Silicon Alley Insider, it is noted at 4:02pm ET by one of the three bloggers covering the event,  ex-analyst Henry Blodget, that Google’s stock is experiencing a “huge move up in aftermarket per Yahoo, but I don’t see release yet.”In fact, it was not until a full minute later, at 4:03pm, that the Silicon Alley bloggers and the general public gained access to Google’s earnings release on Yahoo! By that time, however, average investors had missed the opportunity to participate in informed trading as Google’s stock was already trading up almost 9% in the after-market.

Clearly, Jones says, some traders received Google’s news release almost two minutes before the release was posted to Yahoo! Finance, the most popular website for US investors: “The privileged few had an unfair advantage over other investors to trade on the information. In today’s highly volatile markets where 90% of companies report their earnings during extended hours trading, such uneven access is unacceptable.”

Read “Why Almost No One is Complying with Reg. FD”