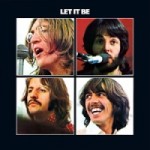 In times of economic troubles, Cuban’s lawyers come to the SEC, Speaking words of wisdom, Let it be. The Beatles Securities Docket At least twice now I’ve seen what I consider to be an odd comment made about the SEC’s decision to sue Mark Cuban for insider trading: essentially, that in the current economic crisis, […]

The two competing lead plaintiff candidates and their counsel have jointly sought to disqualify US District Judge Loretta Preska of the SDNY from the securities class action against American International Group. The Am Law Litigation Daily reports that Judge Preska’s husband, Thomas Kavaler, is a litigator at Cahill, Gordon & Reindel, and the Cahill law […]

Shuffle Master, Inc. disclosed today in a Form 8-K filing that its Senior Vice President, R. Brooke Dunn, had received a Wells Notice from the staff of the SEC in connection with an investigation of alleged improper trading in the Company’s stock by an unrelated third party.  According to the filing, The Wells Notice to […]

“Mark Cuban Buys SEC After Being Charged With Insider Trading”

From Dateline: Hollywood: “Mark Cuban Buys SEC After Being Charged With Insider Trading” Satire, of course, but funny, particularly the last few lines: Since acquiring the agency, Mark Cuban has dropped all charges against Mark Cuban. “I am glad the SEC came to their senses and dismissed all these charges,” said Cuban in a statement. “If I had know […]

SEC v. Cuban: Can Someone Thrust a Duty of Confidentiality Upon You?

OK, we officially love the SEC v. Cuban case. The latest twist comes from a new post on Cuban’s “blog maverick” blog where he posted a statement this afternoon that his attorneys have interviewed the key witness for the SEC, and that this witness (the former CEO of Mamma.com) has no memory of Cuban responding […]

Matt Jacobs, former AUSA and head of the criminal division for the Northern District of California, has joined the Sacramento law firm of Stevens & O’Connell, the Sacramento Bee reports.  Jacobs will be a name partner in the firm, which will now be called Stevens, O’Connell & Jacobs.  Jacobs joins the firm from the Sacramento […]

John A. Chandler has joined King & Spalding as a partner in its Atlanta office. Formerly a partner with Sutherland, Asbill & Brennan, Chandler’s practice focuses on business litigation including representation of the Big Four accounting firms, professional liability, securities, RICO and other complex business cases. Read the King & Spalding announcement

We are keeping an eye on SEC v. Cuban like the rest of the financial/sports/entertainment/billionaire-following world, but are keeping a particular eye on Cuban’s assertion in his press release that the SEC’s claims are “infected by the misconduct of the staff of its Enforcement Division.” As was pointed out to us today by one reader, […]

Charles E. “Junior” Johnson, founder and CEO of now-defunct PurchasePro Inc., was sentenced Friday to nine years in prison for securities fraud.  Prosecutors had requested a sentence of between 16 and 17 1/2 years, the AP reports, but the court applied older federal sentencing guidelines to the crimes that occurred more than seven years ago. […]