The Onion’s take on Cuban case:”First Martha Stewart, now Mark Cuban. It’s like the SEC knows exactly who I hate.” http://tinyurl.com/5ezr65 # Please keep sending suggestions for the “BigLaw Lawyers on Twitter” list. Now up to 18 feeds. http://tinyurl.com/5l7tqr # Barry Minkow is now senior pastor of a church in San Diego and a recognized […]

On Thursday, November 13, U.S. District Judge Michael A. Telesca of the WDNY dismissed with prejudice the securities class action filed against Bausch & Lomb Inc. and a number of former top executives alleging securities fraud. The court dismissed the case for a range of reasons, including that scienter was not adequately pleaded and loss […]

The Onion’s “American Voices” on the Mark Cuban Case 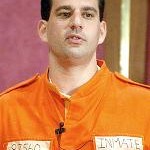 “Blog Maverick”: The Blog at the Center of the SEC v. Cuban Action

After two consecutive days of inflammatory blog posts attacking the SEC’s case against Mark Cuban that appeared on Mark Cuban’s “blog maverick” website, the SEC’s deputy director was quoted yesterday in the WSJ Law Blog as saying “We’re not going to comment on anything Mr. Cuban or his lawyers have to say on Mr. Cuban’s […]