Opening up comments on the Securities Docket website as of tonight for first time. Hope we don’t regret it! # Why does Cuban use his blog to get out his side of the SEC case? “Because the press never gets it right.” http://tinyurl.com/6ytfea # 20 pages of crazy. http://tinyurl.com/5fh7jc # Extremely cool embeddable, interactive stock […]

Starting tonight the Comments feature is enabled on all articles and posts on Securities Docket.  So have at it!

“My Blog, Because the Press Never Gets it Right”

Following up on this post from yesterday about “blog maverick,” the Mark Cuban blog that thus far has served as a vehicle for getting his side of the story out, the video by Cuban below helps answers the question why he may be using the blog in that way: “My blog: Because the press never […]

The SEC announced today that its General Counsel, Brian G. Cartwright, has informed the Commission that he plans to return to the private sector. In a statement, Chairman Cox noted that “[a]bove all, he has helped the SEC set enforcement records, with over $50 billion in pending settlements for the benefit of investors. As the […]

Toronto-Dominion Bank announced Thursday that it will take a positive adjustment of $477 million, or $323 million after tax, to its set-aside for Enron litigation-related exposure “in light of the recent favourable evolution of case law in similar securities class actions.” The Globe and Mail reports that other banks such as Royal Bank of Canada […]

20 pages of emails between Mark Cuban and Jeffrey Norris, trial counsel for the SEC in Fort Worth, Texas (click here). (via WSJ Law Blog) 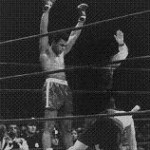 Grand Canyon Education (LOPE), a Christian university based in Arizona (and our Warrior Stock of the Day on November 10) defied a brutal IPO market and raised $126 million on Wednesday night in the first initial public offering in the US since August 2008.  The Financial Times reports that the $126 million was about half […]

The revelation this week that certain investors are legally receiving PR wire information minutes before others seems to permit, at least for now, the rarest of things: replicable, legal trading on inside information.  I explain in this post (click here) on my Enforcement Action blog over at Compliance Week, and note that the last time […]

Canada: National Securities Regulator Finally on the Way After 40 Years

Jim Flaherty, the Canadian Finance Minister, said on Wednesday that Canada will create a national securities regulator made up of “willing” provinces to replace Canada’s current patchwork system. Only the province of Quebec has indicated that is does not wish to be a partner in the national plan. The “flaw we have in our system […]

Mark Cuban’s lawyer revealed what appears to be a second part of Cuban’s defense in an interview yesterday with the Dallas Morning News.  Cuban has already made it clear in a post on his blog that he will dispute whether he agreed to keep any information about Mamma.com confidential. In the Dallas Morning News article, […]