Here is the weekly summary for Securities Docket’s Web Watch (”This Week’s Best Blog Posts and Columns”): THE D&O DIARY (Nov. 21, 2008): European Collective Action Reform and the U.S Model: Compare and Contrast A look at what form collective action mechanisms may take in Europe and to what extent the processes will adapt or […]

Buried right in the middle of a Corporate Crime Reporter article that is primarily about a former Enron prosecutor’s views on the Mark Cuban case is a bit of news from Stephen Best, one of Cuban’s lawyers, that we have not seen anywhere else: that Cuban alleges SEC staff misconduct beyond the bizarre emails to […]

Menachem (Mel) Lifshitz, a partner in the Manhattan law firm of Bernstein, Liebhard & Lifshitz, LLP, has reportedly paid $4.75 million to settle charges that he evaded taxes by lying about expenses and donations to charities.  Newsday reports that Lifshitz pleaded guilty yesterday in State Supreme Court in Manhattan to a felony count of filing […] 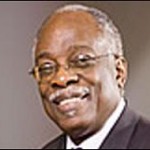 The Trinidad and Tobago Securities and Exchange Commission is now on the scoreboard, having completed its first ever formal insider trading investigation under its Securities Industry Act, Caribbean360 reports.  Looking into allegations that Mexican company CEMEX used unpublished price sensitive information in two attempts to gain a controlling interest in Trinidad Cement Limited in 2002, […]

The issue below presents an interesting Reg FD question and may be a great way to launch the new Comments feature on Securities Docket. As discussed here and in more detail in a prior post on my Enforcement Action blog, a recent article by IR Web Report (click here) states that leading PR wire services […] 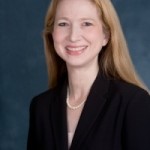 Six people were charged yesterday with an alleged scheme to use dummy corporations, fake brokerage accounts, and virtual offices to steal $41 million from securities class action settlement funds. The Philadelphia Inquirer reports that Laurie Magid, Acting U.S. Attorney for the Eastern District of Pennsylvania, announced that “the ring, which also included a lawyer, went […]