The Australian Broadcasting Corporation reports that while the global financial crisis has claimed some high profile victims in Australia — ABC Learning, Allco Finance and Opes Prime, among other companies — shareholders are now hitting back with securities class actions totalling more than a billion dollars. Angela Pearsall (pictured), a litigation partner at the law firm […]

The WSJ has an interesting video about the boom in litigation outsourcing to places like India that has resulted from the financial crisis: 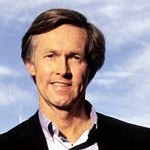 WSJ Tracks Down Tower Snow, Jr., Back From “Seclusion”

Nathan Koppel of the WSJ has a great article today in which he tracks down Tower Snow Jr., a securities litigator and former chairman of Brobeck, Phleger & Harrison. As Koppel describes him, Snow was “one of the more exciting, polarizing and controversial figures in the legal business over the past decade.”

The winner of the first-ever Securities Docket coffee mug, promised to the person who was our 300th email subscriber is… Mark E. Schell, Senior Vice President and General Counsel of Unit Corp. in Tulsa, Oklahoma. Congrats, Mark, and thank you!

Donald Walker and Linda A. MacDonald, both formerly with the SEC, have both joined FTI Consulting as Senior Managing Directors.   FTI announced today that Walker and MacDonald have joined its Forensic and Litigation Consulting practice. Walker joins FTI after 17 years with the SEC, where he was a Senior Assistant Chief Accountant in the Division […] 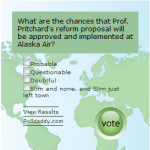 University of Michigan Law School Professor Adam Pritchard’s idea to reform securities class actions via shareholder proposal has moved from a purely academic discussion to the real world, and has been submitted to Alaska Air (details here). What are this proposal’s chances? Please click on the “Read full story” link below to vote.