WSJ Tracks Down Tower Snow, Jr., Back From “Seclusion” 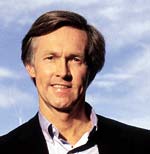 Nathan Koppel of the WSJ has a great article today in which he tracks down Tower Snow Jr., a securities litigator and former chairman of Brobeck, Phleger & Harrison.  As Koppel describes him, Snow was “one of the more exciting, polarizing and controversial figures in the legal business over the past decade.”

As Koppel recounts, Snow built Brobeck, Phleger & Harrison into a “powerhouse law firm that rode the dotcom boom to astronomical heights” and developed a “reputation as the quintessential modern law firm leader.”  In 2002, however, Snow was “expelled” from Brobeck, and moved to Clifford Chance.  Koppel writes that Snow flamed out at Clifford Chance, too, however, and essentially went “into seclusion.”

Snow is now reportedly back on the market, looking to get back into a firm and shopping his resume.  He told the WSJ that “Like everyone else, I’ve been affected by the financial markets,” he says. “At the same time I was expelled from [Brobeck] I was involved in a traumatic divorce and I saw my net worth vaporize.” Snow adds that “I, like everyone else, want to work in a collegial place.”

One response to “WSJ Tracks Down Tower Snow, Jr., Back From “Seclusion””