Apparently diplomacy is not a key part of the job description for Chairman of the New Zealand Shareholders Association. Upset that investors in NZ’s Hanover Finance approved a company moratorium that will return just 55 per cent of the net present value of their investment (by giving up on $200 million in interest payments and […] 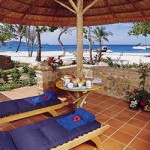 A new form of “backdating”? Rather than paper your walls with the stock of plummeting companies such as Ford, Merrill Lynch, and others, a Caribbean hotelier is offering investors a much better offer: a chance to swap their sinking stocks for beach vacations, with the shares’ value rolled back to July 1, 2008 pre-meltdown levels. […]

As discussed here, Barry Minkow’s Fraud Discovery Institute has made a business out of attempting to identify what he believes will be market-moving information about public company executives’ academic credentials and integrity, selling short on that information pre-publication, and then publishing that information expecting or at least hoping that it will push the price of […]

Wachovia Bank Files Lawsuit Against Dreier LLP and Others

Wachovia Bank filed a lawsuit against Dreier LLP and others in the SDNY on Monday.  The lawsuit alleges that Dreier LLP defaulted on a $9 million revolving credit note made in connection with a $14.5 million credit agreement and a term note in the amount of $5.5 million. In addition to seeking judgment on the […]