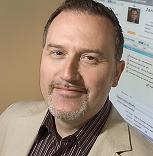 Former Entellium CEO Paul Johnston pleaded guilty to one charge of wire fraud yesterday afternoon in the U.S. District Court for the Western District of Washington. TechFlash reports that Johnston is expected to be sentenced to between 4 and 5 years in prison under the terms of the agreement with prosecutors. Johnson is to remain in custody until his sentencing, which is scheduled for March 13.

According to TechFlash, Johnston and former Entellium CFO Parrish Jones are alleged to have kept two sets of books at Entellium. Prosecutors claimed that say they “showed one set to the board and kept the real numbers to themselves until an employee found the falsified records in a desk at the company’s headquarters.”

In addition to the prison sentence, Johnston is expected to be ordered to pay back as much $2.5 million in restitution.