U.S. District Judge Gerald Rosen (E.D. Mich.) today approved a 15% legal fee ($45 million) in the $303 million settlement in the securities class action against General Motors Corp, the AP reported.  Attorneys for the class had initially requested 19%, but that request was met with an objection from the Pennsylvania State Employees’ Retirement System […]

The head of the Securities Investor Protection Corporation and the receiver of Bernard Madoff’s broker-dealer business states that his investigation has now revealed a type of “hybrid fraud” that goes beyond a typical Ponzi scheme.  “We do not seem to be dealing with a traditional Ponzi scheme alone,” Steve Harbeck told London’s The Observer. “This […]

Bradley E. Lerman has joined Pfizer Inc. as Senior Vice President, Litigation. Pfizer announced today that Lerman will be responsible for leading the company’s litigation efforts. Lerman joins Pfizer from Winston & Strawn LLP in Chicago, where he has served as as a litigation partner since 1998 and where he concentrated his practice in white-collar […]

Jonathan E. Polonsky has joined Kilpatrick Stockton as a partner in its New York office.  The firm announced last week that Polonsky joined its Complex Business Litigation Team on December 1, 2008 after 18 years as a partner at Thelen LLP. Polonsky’s practice focuses on securities litigation and class actions, financial services litigation and business […] 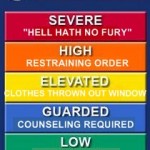 The shocking betrayal and misappropriation of inside information from his wife alleged in the SEC’s insider trading case last week against Matthew Devlin is but the latest in a long line of similar cases the SEC has brought through the years. With the help of our newly-created Familial Betrayal Advisory System, we break down the SEC’s Top 5 Familial Betrayal Cases.