SEC’s Office of Risk Assessment: Withered, but Revitalized in 2008 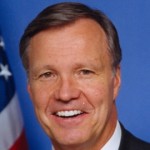 In a lengthy interview with the Washington Post, his first interview since the Madoff scandal broke, SEC Chairman Christopher Cox, defended his leadership and restraint during the financial crisis.  Cox also clarified that although it was not well understood by the public, it was not the SEC’s job to prevent investment banks from collapsing, but […]

Reserve Management Company, Inc. announced yesterday that on December 18, 2008, the staff of the SEC’s Division of Enforcement informed RMCI of the staff’s intention to recommend that the SEC bring an enforcement action against RMCI alleging violations of certain provisions of the federal securities laws. In addition, the staff also intends to recommend enforcement […]