In this Bloomberg video, former SEC attorney Ron Geffner discusses the imminent disclosure of assets by Bernard Madoff (Dec. 31 deadline), and the broader possible impact of the Madoff case on the SEC as an institution.

Global IPO Numbers Anemic in Second Half of 2008

The ongoing financial crisis caused global IPO issuance to come to a near halt in mid-2008, and that steep decline has continued through the end of 2008. A December 2008 report from Renaissance Capital on the state of the global and US IPO market shows some stunningly weak numbers, including: Globally, the average new issue […] 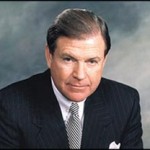