On January 30, 2009, the Third Circuit vacated a district court’s grant of summary judgment to Pfizer, finding that no indicia of potential malfeasance existed that would have put plaintiffs on inquiry notice to trigger the running of the statute of limitations. The lower court had shortened the class period by more than a year, […]

Here is the weekly summary for Securities Docket’s Web Watch (”This Week’s Best Blog Posts and Columns”): WRAGE BLOG (Jan. 30, 2009): Bribery’s Broken Windows If officials face “zero tolerance” for the smallest inappropriate demands, won’t it be more difficult for a culture of corruption to flourish? CLUSTERSTOCK (Jan. 29, 2009): The Madness of Journalists […] 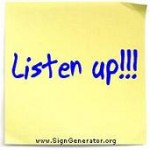 Last week’s insider trading settlement between the SEC and a manager at Freescale Semiconductor made it clear that it was time for us to dust off Bruce Carton’s September 13, 2005 memorandum to public company employees. Listen up!

Apparently having finally figured out that SEC Inspector General H. David Kotz is not the person they need to talk to now to learn why the SEC missed Bernard Madoff’s alleged $50 billion fraud, the House Financial Services Committee is going to try it again on February 4 with some new witnesses.  Reuters reports that […]

The economic news continues to be grim but one profession that is now booming is forensic accounting.  Financial frauds like the Madoff case and collapses of Wall Street companies have driven demand for forensic accountants in the public and private sector. Richard Slavin, principal and chair of the Connecticut law firm Cohen and Wolf‘s securities […]

The U.S. remains the hub of Madoff litigation and fall-out, but activity in the rest of the world is beginning to heat up, as well. The Independent in Ireland reports that the Dublin, Ireland office of accounting firm PwC has now been named in a securities class action just filed in the United States in […]

Securities class action filed against Triad Guaranty in the US District Court for the Middle District of N. Carolina. http://is.gd/hJ0G # Santander’s 1.38 Billion Euro Offer to Madoff Victims Pressures Rivals to Match It. http://is.gd/hFex # JPMorgan pulled $250M out of Madoff in late Fall ’08 because “consistency of its performance wasn’t any longer credible.” […]

On Wednesday, an Amsterdam appeals court sentenced three former executives of Dutch supermarket group Ahold to suspended sentences and fines for financial fraud revealed by the company in 2003.  The Ahold fraud is the Netherlands’ biggest corporate accountancy fraud ever, NRC reports, involving the overstatement of profits by almost 1 billion euros. According to NRC, […]

Offer your answer to the question in the poll, then look below for the answer.  And no, you do not get $14 million if you get it right. [polldaddy poll=1323202] Answer is here.  All the other choices were $15 million (see here, here and here)