The SEC under George Bush has the biggest budget and the most personnel in its history. http://is.gd/eTid # UK: FSA Brings Fourth Criminal Insider Trading Case in Twelve Months. http://is.gd/eQ51 # 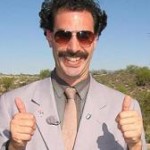 We were very pleased this morning to get not one but two great compliments from around the web. See what Jim Peterson of re:Balance and Zack Miller of the New Rules of Investing had to say about what’s going on at Securities Docket.

Daniel D. Edelman has joined Crowell & Moring as a partner in its New York office.  The firm announced today that Edelman will join its Commercial Litigation Group.  Edelman focuses his practice on antitrust and securities litigation. Prior to joining Crowell & Moring, Edelman was a shareholder at Heller Ehrman. Read the Crowell & Moring […] 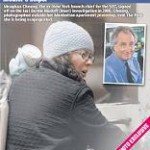 Time for a Brief Reality Check in the SEC Bashing

The recent spotlight on Meaghan Cheung, an SEC Enforcement Division branch chief in the SEC’s New York office who signed off on the decision to close a 2006 SEC investigation into Madoff’s operation without taking any enforcement action, just makes it that much clearer: the recent suggestion that the Madoff fraud went uncovered because of […] 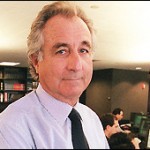 January 14, 2009 Webcast: Madoff Litigation-Can the Lost Billions be Recovered? How?

Hundreds of you joined us live for our first webcast (”2008 Year in Review”), and we are very excited about our next webcast which features two leading lawyers and a prominent economist with in-depth knowledge of the Madoff litigation. The panel will give their views and insights into the critical questions arising from Bernard Madoff’s alleged $50 billion scheme, including:

* How much money has actually been lost?
* Where did it go?
* What avenues of possible recovery exist for investors and what are the chances of success?
* Who is entitled to recover?