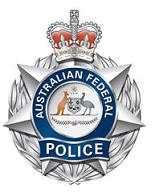 David Kenneth Wallace Michael, the nephew of West Australian Governor Ken Michael, was charged by the Australian Federal Police with insider trading over market-sensitive information he allegedly acted on more than six years ago.

The AFP alleges Mr. Michael, the son of former Perth mayor Mick Michael, made the trades at issue in August 2002, the Australian reports.  The insider trading charges carry maximum penalties of five years imprisonment and/or a fine of $22,000.

The Australian also reports that the charges against Mr. Michael came after his phone was tapped, and because of the way the information was obtained, the AFP was not able to refer the matter to the Australian Securities and Investments Commission, which usually investigates such cases.  However, ASIC investigators were sworn in as special members of the AFP to assist with the investigation.

Read the article in The Australian