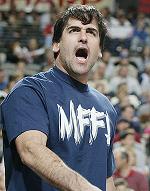 Mark Cuban has filed a motion to dismiss the SEC’s insider trading case against him.  Reuters reports that in his filing with the U.S. District Court for the Northern District of Texas, Cuban argues that he had no fiduciary or other duty of trust to the company in question (Mamma.com, now known as Copernic Inc.)  and therefore could not be guilty of insider trading as a matter of law.

Cuban argues that the SEC is trying to “impermissibly expand the scope of liability” for insider trading established by the Supreme Court.

Securities Docket is obtaining a copy of Cuban’s motion and will attempt to provide additional details on this later today.