Very quietly, SEC Chairman Christopher Cox resigned on Tuesday, a move that became effective at noon.  His resignation was not announced, but was confirmed by agency spokesman John Nester, Bloomberg reports. Cox also relinquished his position as one of the five members of the SEC, the AP reports. Bloomberg reports that unless President Obama chooses […]

The SEC is reportedly investigating whether India’s Satyam Computer Services Ltd. misled investors in an alleged $1 billion accounting fraud.  Bloomberg reports that SEC officials have discussed the case with regulatory counterparts in India and plan to coordinate their inquiries concerning Satyam.  The SEC has jurisdiction over Satyam because Satyam’s American Depositary Receipts (ADRs) trade […]

As discussed here in detail, SEC Commissioner Luis Aguilar’s January 10, 2009 speech entitled, “Empowering the Markets Watchdog to Effect Real Results” included several specific “internal shifts in policy” that he would like to see made immediately to boost the SEC’s ailing Enforcement Division.   Another point in the speech, however, that escaped our notice in […] 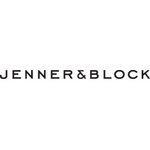 Anton Valukas has been selected today as the examiner in the Lehman Brothers bankruptcy case.  Valukas is an attorney and the chairman of the law firm Jenner & Block, and was formerly U.S. attorney for the Northern District of Illinois. The AP reports that Valukas’ investigation will help determine whether Lehman executives lied, committed fraud […]

On January 28, 2009, KPMG Forensic is sponsoring a webcast that will shed light on the game-changing developments in 2008 in the enforcement of the Foreign Corrupt Practices Act. 2008 brought FCPA settlements of previously unthinkable amounts (including the historic Siemens settlement), but also important new trends such as: increasingly aggressive enforcement against individuals; ramped […]